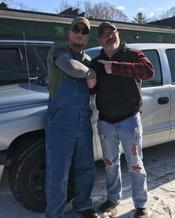 Donate to the Blaster Program...

Sponsored in part by these amazing companies .... 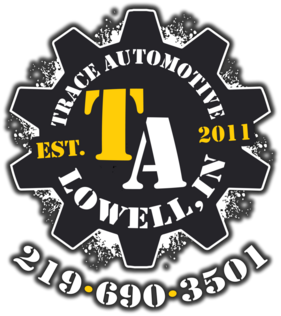 We do not give full names in order to preserve the pride of Veteran recipients.

Richard Wade Pratt, age 53 of Dyer, Indiana passed away in his sleep on February 11th, 2019 at his residence. Richard was born in East Chicago, Indiana on August 25th, 1965 to his parents Wade Pratt and Patricia (Cooper) Wrolen. He graduated from Morton Sr. High School in 1983. He enlisted in the Air Force and began basic training in August of 1983. He retired in 2005 with the rank of Senior Master Sergeant. During his time of service, he earned multiple Associates degrees in 1994 and 1998. He earned a Bachelor of Science in 1999, and Masters in 2003. SMSGT Richard Pratt served in the Persian Gulf Desert Shield/Storm 9/5/90-3/10/91 and Iraqi Freedom 11/9/03-4/2/04. SMSGT Pratt was a qualified master parachutist within the Tactical Air Control Party (TACP). Upon retiring in 2005, he became employed with the Illinois Department of Labor. He started as a Wage/Hour Investigator and worked his way up to a Wage/Hour Investigator Supervisor, in which he held that position for the last six years. Richard was very active with multiple Veterans organizations including the CVMA (Combat Veterans Motorcycle Association), OCB (Operation Combat Bikesaver), and the VFW. He dedicated much of his personal life to help organize and host events, and he rode countless miles to help raise funds for combat veterans and military children who lost a parent. He made countless friends along the way and will be missed dearly by everyone.

Providing reliable transportation to Veterans in need since 2017. A program provided by Operation Combat Bikesaver for it's Veterans that participate in Hot Rod Therapy.

- You must be a current veteran in the O.C.B. program participating IN THERAPY AT LEAST 16 HOURS A MONTH In Sunday Shop days with the rest of the team to qualify for this program.

- APPLY IF YOU NEED TRANSPORTATION ASSISTANCE

- EACH APPLICATION WILL BE REVIEWED FOR ACCEPTANCE AND AVAILABILITY OF RESOURCES BY THE BLASTER PROGRAM TEAM.

PLEASE NOTE THAT SINCE WE ARE ENGAGING WITH THE GENERAL PUBLIC FOR ASSISTANCE THAT PROJECTS WILL TAKE TIME TO LOCATE RESOURCES AND SOLUTIONS TO EACH INDIVIDUALS NEEDS AND AS SUCH WE MAY NOT BE ABLE TO ASSIST.

We will try our best !

A program named in honor of ...

This program was created to help Blaster's name live on through Operation Combat Bikesaver.

Blaster donated his personal vehicle to one of our Veterans  participating in the program on the 10th of December, 2017.

The impact he made on that Veteran was life changing.

Since Blaster's initial donation, several other vehicle donations and other various Veteran-specific donations have come in benefiting countless Veterans to help improve their daily lives.

We felt it would be very fitting to name this program after a great man who not only honorably served his country for so many years, but also put others first in countless hours helping manage and develop our organization.

His name will never be forgotten here at OCB.