MISSION ABOVE ALL ELSE

To learn more about Jason and OCB's mission click the picture below...

​At Operation Combat Bikesaver we build bikes with Heroes for Heroes.

At NO COST to the participant and they get to keep the finished products.We believe that breathing new life into tarnished motorcycles by honing in on learned skill sets will relinquish the deafening grasp PTSD / TBI / Depression has on Veterans. By creating distinctive works of art, those candidates can give back to others suffering in a brotherhood of unity, targeting relief to the chaos of one's own mind.They will be introduced to building, fabricating, welding and painting to resurrect something that was once damaged and forgotten into something new and truly unique while rebuilding themselves at the same time..We have lost way too many to PTSD / TBI and Depression. All of us here at Operation Combat Bikesaver have lost someone to the after effects of defending their country and community. We would love nothing more than to help our Heroes return to feeling normal again. 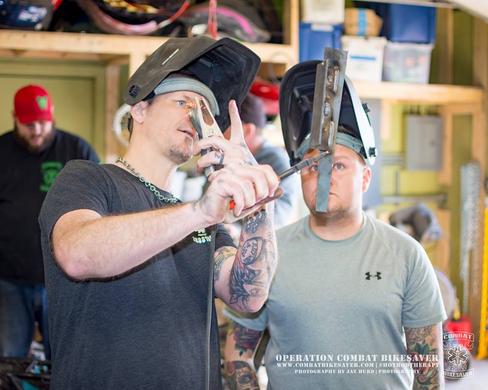 It all started in this little shed in Cedar Lake, Indiana...

To lower the suicide rate by providing a therapeutic motorcycle workshop for veterans suffering from PTSD / TBI / and/or depression. 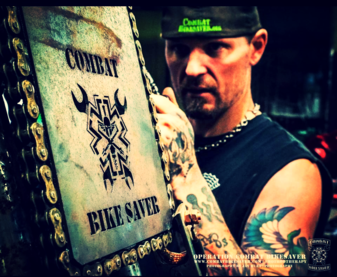 Veteran: Unless otherwise noted, the term Veteran reflects the American Community Survey definition of veteran, which is a person 18 years old or over who has served (even for a short time), but is not currently serving on active duty in the U.S. Army, Navy, Air Force, Marine Corps, Coast Guard or who served in the Merchant Marine during World War II. People who served in the National Guard or Reserves are classified as veterans only if they were ever called or ordered to active duty, not counting the four to six months for initial training or yearly summer camps, and are no longer serving.

Operation Combat Bikesaver provides a workshop for Veterans suffering from PTSD and/or TBI and/or depression. This workshop includes trained individuals skilled in various areas of Motorcycle fabrication, restoration, and customization to help teach candidates that there is more to life than they could imagine. Once the project (motorcycle or piece of art) is completed by the candidate, it is theirs to keep or donate to another candidate of their choosing at no cost to the participant.

The specific objectives and purpose of this organization shall be:

There are some amazing things in life that can truly put anyone on the path to finding that happiness again. Here at OCB we would love nothing more than to show you how to obtain that happiness through creative projects in a likeminded Veteran family atmosphere. Heroes that have completed the program have the opportunity to share what they have learned with others just starting the program. Sharing these newly obtained skills combined with a restored comradery that truly gives a sense of security and brotherhood are some of the most fulfilling things that truly heal the mind and soul.

On behalf of all of us here at Operation Combat Bikesaver, we thank you for your time and consideration. No one gets left behind. 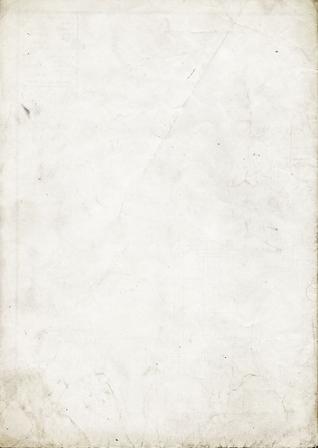